Christmas Has Arrived At Claridges 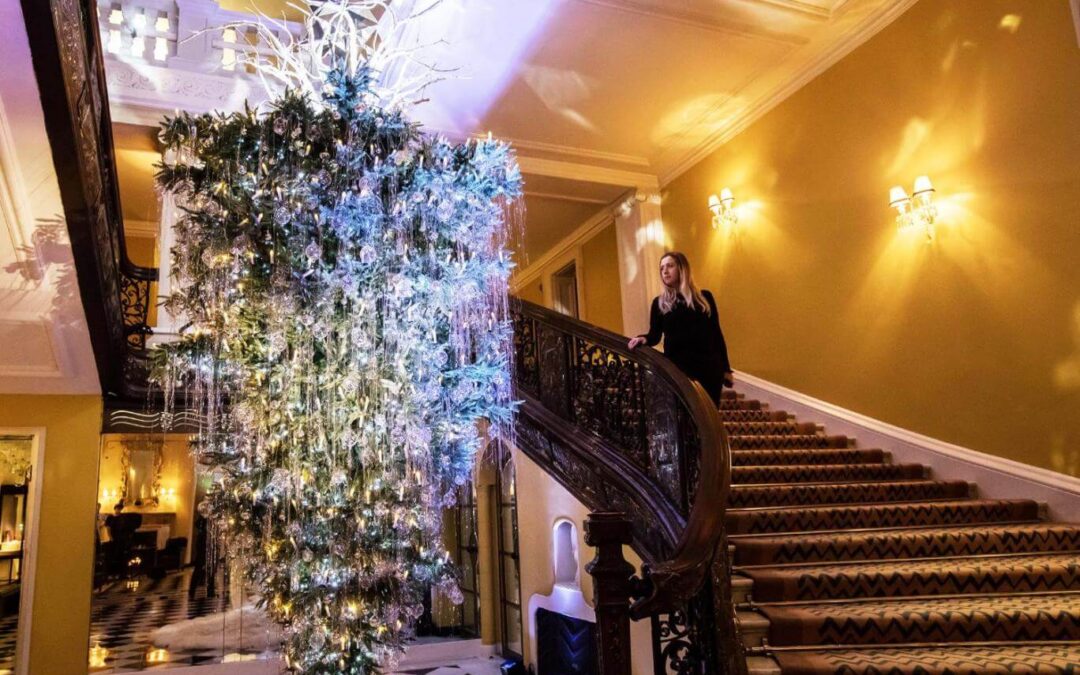 One of Piperhill’s prestigious hotel projects Claridge’s has unveiled their official Christmas tree of 2017. It is a classic evergreen conifer with glass baubles and candle ornaments along with metallic sheds of tinsel falling from the branches. It is a very traditional tree however a very nontraditional display. The tree hangs upside down from the hotel lobby’s ceiling with the extravagant mirrored star sitting oxymoronically atop the tree’s beautiful silver roots.

This is the Chanel creative director Karl Lagerfeld’s 9th designer Christmas collaboration for the Hotel. The collaborative tradition began in 2009 with Dior’s John Galliano who returned the following year with his second tree.

Galliano’s creations were followed by Alber Elbaz for Lanvin in 2011, Kally Ellis of McQueens in 2012 and Dolce & Gabbana in 2013 and 2014, the festive duty fell to the iconic Christopher Bailey of Burberry in 2015.

Last year Sir Jony Ive and Marc Newson transformed the entire lobby with much more than just a single tree.

Piperhill over the summer had completed all Mezzanine and 1st floor refurbishment works for Claridge’s including new luxurious meeting and function rooms and signature suites, bedrooms and corridors.